About the Greenstone Slate Company

Our quarries in Vermont have, for over a century, produced an exceptionally fine quality stone for roofing slate. High quality stone is just the beginning, however. Our stone is worked only by Greenstone trained craftsmen. Our production facilities are constantly updated and expanded. This has lead Greenstone Slate® to become a principal producer of colored slate roofing. We deliver consistently high quality product, with excellence in service and installation support, and competitive, direct pricing—for the highest value possible in a slate roof.
Company History

Greenstone Slate® Company is a third generation Hill family business with quarries and facilities operating in Vermont and New York State. Most of these quarries share a similar history since slate mining was a cottage industry for local construction from the Colonial Era until after the Civil War. Until the advent of a viable railroad system, roofing slate production was extremely limited due to the difficulty of transporting heavy stone to eastern cities. After the Civil War the railroad line from New York City to Albany was upgraded and extended into the slate-producing regions of Vermont. Greenstone’s present Poultney, Vermont quarries were divided into several leases; the largest of which was conveyed to the “Auld and Conger Slate Company,” a Welsh business around 1882. Production from the leases increased steadily for the next thirty years and reached its peak around 1915 when the Poultney quarries produced 20,000-30,000 squares of roofing slate per year with a work force of several hundred employees.

The Great Depression of 1929 decimated the entire slate industry and the few surviving quarries were extremely small operations with a handful of employees; usually family members. World War Two dealt a further blow to the industry as slate production was considered non-essential and the local workforce either entered the military or worked at the large defense plants located in metropolitan areas.

After World War II, the first quarry to be re-opened on the Greenstone property was known as the “Culver Slate Company.” It was a very small operation with three or four employees located on a small lease of Greenstone’s present sea green vein in Poultney. The property had been part of what was known as the Nathaniel Griffith Lease, and in 1955 Ernest I. Hill began production. The quarry, and the equipment located there, had been neglected by years of little use or maintenance. Two of the large veins had been covered with rubble by Depression era cost cutting efforts, and it took more than a year to remove the debris and expose the high quality slate hidden below. By 1962, all of the Poultney quarry leases had been acquired by Mr. Hill and in 1971, additional quarries containing stone reserves were acquired from the town of Wells, Vermont. Ernest Hill continued his operation of the quarries as a proprietorship until 1980 when the company was incorporated as “Quarry Slate Industries,” and later re-named the “Greenstone Slate® Company.”

In 1985, after Ernest Hill announced his retirement, his son Richard Hill took over of the entire manufacturing operation. His insight and similar visions of growth for Greenstone became the catalyst for even further expansion. Under his management Greenstone Slate Company acquired the Penrhyn Hill quarries in nearby Middle Granville, New York. Recently, in keeping with family tradition and commitment to the future of Greenstone’s position within the industry, the company has acquired the Briar Hill Quarries. This tremendous acquisition, under the direction of Ernest Hill’s grandson Jonathan Hill, consists of over 225 acres of enormous mineral reserves. The Echo, Bull Moose, Owens and the Big Boston quarries have historically produced vast quantities of Vermont Sea Green and Vermont Gray Black.

The Briar Hill Quarry has significantly enhanced Greenstone’s production capabilities. One of the most outstanding aspects of this new acquisition, is that Greenstone Slate’s “inventory” now includes what is probably the largest reserve of colored slate mineral in the United States, encompassing over 50 registered quarries. 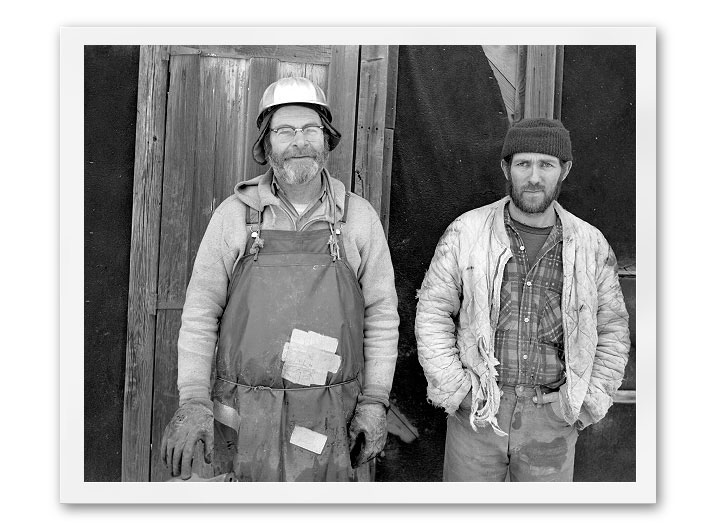